[This is the second of my grave-robbing expeditions, whereby while looking for something else, I’ve stumbled across one of my old blogs, gifted to a site that’s subsequently been revamped – sans my contribution. I thought this one worth resurrecting from the void, if only because the subject remains one dear to my heart…] 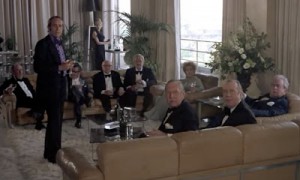 I love films – particularly horror films – but I seldom bother with the reviews of upcoming attractions. Indeed, if I see a film coming up that appeals, beyond determining where and when I might be able to see it, I will actively avoid all coverage of the flick in question on page and screen. Why? Simple really: I can’t think of a single film journalist – pro, amateur, or anywhere inbetween – who I trust not to spoil the movie. Spoilers are nothing new – trailers have been giving away plot twists and action highlights for decades – but the Internet has certainly significantly exacerbated the issue in recent years. (In fairness, the web’s also promulgated the civility of the ‘spoiler alert’, though this is hardly a courtesy that can be relied upon.)

Frankly, writing that spoils whatever it purports to cover, is worse than no coverage at all – and what kind of fucking writing is that?

Part of the problem is that, even among those with the basic manners to wish to avoid them, there is little consensus on what constitutes a spoiler. Many writers evidently feel that they only apply in reviews of new films, published before the film is officially released. If it’s a film that’s been out for a while, or even more so a retro release, let alone discussion of the movie in the broader context of an analytic article, then many feel it’s open season in the spoiler department. Nope. You should never assume your reader has seen a film. We all have movies – even vintage classics – we haven’t yet watched but that we still intend to see. I don’t want you spoiling my film, whether it came out a week or a century ago. 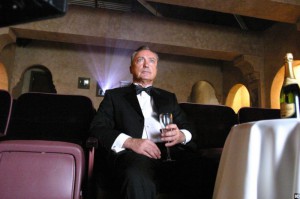 Something else that causes confusion regarding spoiler conventions is just what constitutes a spoiler in terms of length. Most folk seem to understand that you shouldn’t spoil the climax, but it’s depressingly common for critics to feel fine about detailing the plot development right up to that point. Well, fucking don’t! It goes without saying that you shouldn’t give away the ending, but why give away the middle, or indeed the start? Do you really think there are (sane) film fans out there who only like films where there’s a wild dog attack halfway in? Or will walk out unless it turns out that the relationship between the two lead characters slowly blossoms into an unlikely love affair? 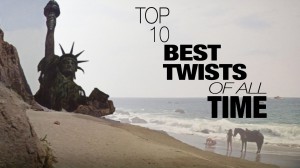 Watching the plot unfold is part of the pleasure of watching a film, and it doesn’t just happen at the end. If there are sensational gore effects, you can say so without fucking explicitly describing each of them. Give the tone and atmosphere of the film – fine – but don’t detail events, the setting, or story. That’s the filmmaker’s job, not yours, and I’d thank you to leave them to it. So, if spoilers are so unpopular, why are they so common? In part because a lot of film writing’s pretty poor, and many hacks don’t know any better. But evidently talented and passionate journalists are also guilty of ruining the viewer’s journey of discovery by leavening their reviews with excess plot reveals, so what gives? I suspect one issue is of tradition… 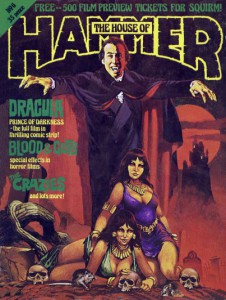 Many of us grew up admiring film writers whose work was littered with plot synopses, and there is a temptation to emulate our idols. But that was a different age. When I was young, before the video revolution, the chances of actually seeing many of the films that gripped my morbid young imagination were minimal, so it was entirely legitimate to detail the story while discussing them in print. My favourite monthly magazine, HOUSE OF HAMMER, adapted horror films as comic strips which really only made sense in a world in which you were unlikely to be able to enjoy them in their intended format. In our digital age, when films I could only of dreamt of as a monster kid are now readily available at the touch of a button, there’s no need or excuse for such plot exposition, though I guess a few veteran critics might be forgiven for struggling to shake old habits. 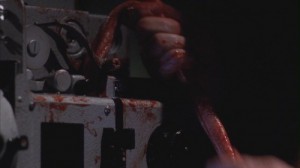 Less forgivable, but more common, are those who spoiler out of egotism. Sometimes it isn’t possible to discuss the minutiae of a movie without going into them at length. If so, then the correct judgement call is that – if you can’t have the same discussion using allusions – then you drop it, at least in a review. There is a caustic tendency in journalism to assume that the reader is chiefly interested in the writer, and that the piece’s subject is a medium at best, more often a potential distraction or obstacle to the reader’s appreciation of the writer’s wit, charm and erudition. If making some clever point might spoil the viewer’s enjoyment of the film, no matter, for we just want to bask in the reviewer’s genius. Only, take it from this reader, we don’t.

The final – and I suspect commonest – motive for spoilers is that old, demon writer’s block. Faced with a blank page – or screen – and with a deadline for a film review looming, just telling the story is an attractive option, an easy way to generate copy when inspiration stubbornly refuses to strike. After all, it’s tough discussing a film in a way that gives the reader a good idea of whether they’d like it or not, without imparting information that will detract from the elements of surprise and discovery that are integral to an ideal cinema experience. But maybe good film journalism is tough, and perhaps if you can’t write a review without spoilers, then it could be that you’re just not cut out for it.

[N.B. For those of my friends who review please forgive me for entering full rant mode I may have overstated my case somewhat in order to vent – I do read your reviews, though I often tend to wait until after I’ve seen the film!] 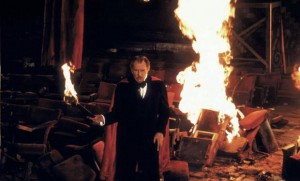