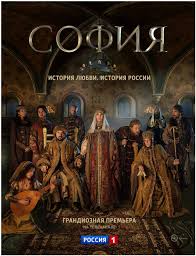 While exploring the backwaters of Amazon Prime, I stumbled across the eight-part Russian series SOPHIA, detailing the life of the 15th Century Greek princess who married Ivan III, Grand Duke of Moscow. I’m a sucker for a good historical epic, so got stuck in 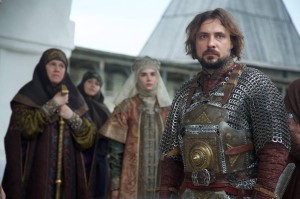 My weakness for these has led me to watch a fair bit of Russian TV and cinema in recent years. While nobody else seems to have noticed Vladimir Putin’s government appear to have been financing high budget historical epics as a deliberate policy of nationalist propaganda for some time now, some of which has made it over here in subtitled form, where I’ve been stumbling upon it piecemeal. These films and mini-series have captured my imagination, not just as old school blood and thunder historical epics, but also an insight into what the patriotic Russian thinks. Or, perhaps more accurately, is supposed to think.

Other examples of these patriotic historical extravaganzas from Russia include IRON LORD (2010), 1612 (2007), and TARAS BULBA (2009). The latter’s propaganda credentials are particularly current bearing in mind recent conflicts in the region, as Taras Bulba was originally a 16th Century Ukrainian hero, created by the Russian author Nikolai Gogol in the mid-1800s. Gogol’s first version was criticised by some Russian nationalists at the time as too Ukrainian, and he revised his text to make it more overtly pro-Russian. It was this second version that the 2009 film adapts, its script echoing Putin’s sentiments that the Ukraine was a part of Russia, not a seperate nation. Ukrainian patriots were unsurprisingly seriously unimpressed (Poles weren’t best pleased as being portrayed as war criminals either). 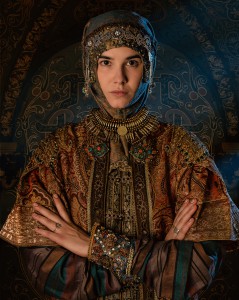 Back with SOPHIA, the series recounts the trials and tribulations of the grandmother of Russia’s first Tsar, Ivan the Terrible. (He has a cameo role – typically, while we Westerners characterise Ivan as a savage tyrant, to the Russians he was a formidable leader.) The series announces up front that it’s financed by both the Russian Culture Ministry (who also financed TARAS BULBA) and the Russian Defence Ministry. Official military involvement in a film usually assures impressive battle scenes, but the only major battle depicted in SOPHIA is the Great Stand on the River Ugra, wherein the Muscovites and Tatars face each other, then the Tatars think better of it and fall back, and involves precious little blood or thunder. 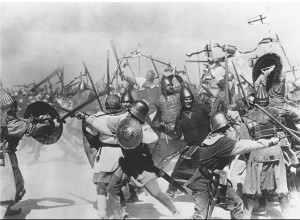 Of course, Russian filmmakers certainly can stage effective battle scenes, as most famously proven in Sergie Eisenstein’s 1938 masterpiece ALEXANDER NEVSKY, which climaxes with the clash between the titular prince and the Teutonic Knights at 1242’s famous Battle on the Ice. Cinema as propaganda is also nothing new, and the Soviet Regime that preceded Putin’s government were pioneers in the area. ALEXANDER NEVSKY came out just as tensions between the USSR and the Third Reich were heating up towards war, and Stalin made sure as many of his people saw the film as possible, with its overt parallels between the victory of the medieval Slavs over the Germanic crusaders and the building conflict on the horizon. 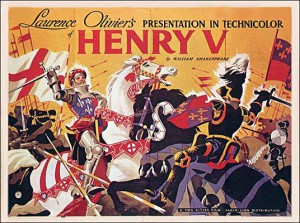 Russians certainly aren’t alone in employing historical epics to project patriotic agendas – every country with a film industry has likely at least dabbled in employing popular cinema as propaganda. Laurence Olivier’s 1944 adaptation of Shakespeare’s HENRY V was funded by the British government and dedicated to the ‘Commandos and Airborne Troops of Great Britain the spirit of whose ancestors it has been humbly attempted to recapture’. Netflix is currently screening FIVE CAME BACK, a documentary that skillfully analyses how five of Hollywood’s greatest directors were drafted into the American war effort during the Second World War.

However, it’s difficult to imagine any serious contemporary Hollywood director getting away with the kind of nakedly propagandist films coming out of Putin’s Russia today. The watershed was probably the Vietnam War, and in its traumatic wake an era of cynical, jaded, maverick cinema began to emerge from Hollywood in the 1970s. Even RAMBO, the 1982 film often thought of as emblematic of Reaganite right-wing patriotism, was essentially an anti-war film, though its sequels did embrace macho American nationalism. 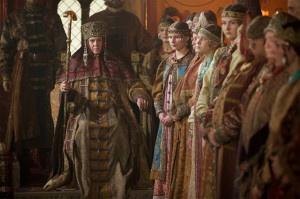 Meanwhile, back with SOPHIA, even if the battle scenes are somewhat underwhelming, the costumes and sets are commendably colourful and handsome, the intrigue intriguing, and the Russian attitudes and beliefs being promoted in the script fascinating. It being Putin, the series is very pro-Russian Orthodox Church (one of the show’s silliest scenes has Sophia floating about enjoying a vision of the cathedral she plans to build). Latins (Western Europeans) are beardless slimy types, all scheming to convert Russia to Catholicism. Only a few are allowed sympathetic portrayal. The Italian architects of Moscow’s cathedral and her artillery are given some reluctant credit. Plus Sophia herself of course – her value being her bloodline to the last Eastern Orthodox emperors of Byzantium. Even here, her virtues are underlined by her eagerness to adopt Russian ways and contempt for her former customs. 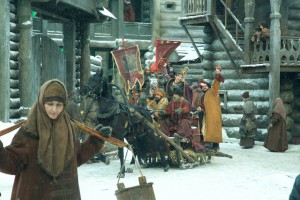 The Tartars are also shown begrudging respect – as hardy, ruthless warriors. Aside from that, foreigners are almost exclusively depicted as untrustworthy and decadent. King Casimir of Poland and Lithuania is a scheming traitor who cannot wait to ally with the heathen Golden Horde. This rather overlooks Ivan’s willingness to ally with the Crimean Khanate and even the Ottoman Turks. The Moldavians – who actually fought the Ottomans – are portrayed as louche and dissolute, their court accompanied by musicians and harlots wherever they go. Heading the court is Stephen the Great, a military hero in his Romanian homeland, but here portrayed as a spineless ditherer. Somewhat ominously, halfway through SOPHIA, the script introduces the Jews!…

Reflex racism aside, SOPHIA also promotes absolutist authority. Much of the plot is about Sophia’s husband the Grand Duke of Moscow imposing totalitarian rule on neighbouring realms, slowly transforming the Russian confederacy of city states into a kingdom under his personal control. In a depressingly familiar scenario, the Jews are introduced to the plot as fiendish conspirators, stirring up the middle classes to agitate for citizens rights. The vaguely Hebrew-inspired conspiracy that threatens Ivan’s court is a motley – and frankly improbable – alliance of the middle classes, witches, heretics, and advocates of modern scientific theory. One of the more strange and troubling undercurrents in SOPHIA is its support for the Orthodox Church, over not just Catholicism, Judaism and local heresies, but also the fledgling European Enlightenment. (By way of contrast Soviet-era Russian historical epics like ALEXANDER NEVSKY routinely portrayed Russian Orthodox clergy as villains.) 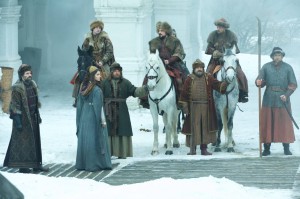 The other values promoted alongside religion, nationalism and obedience to authority are family, military strength and tradition. In short, all of the authentic values of fascism, as opposed to the comicbook version – all monocles, jackboots and riding crops – of popular modern mythology. It has become a cliche to characterise President Trump as a fascist dictator. But as one perceptive historian observed, Trump is no fascist, because fascists have values, something the President wholly lacks. The kind of values underpinning these Putin-era historical epics, and I find it fascinating…