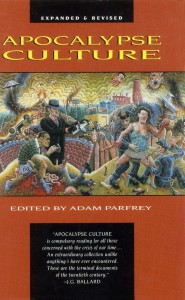 I was sad to learn of the recent death of the publisher Adam Parfrey. He is perhaps best known for editing APOCALYPSE CULTURE, the highly controversial compilation of essays, interviews and articles that documented the extremes of human behaviour as the millennium approached. Originally published in 1987 by Amok, the distribution company he co-founded that year, it was subsequently reissued as the flagship for his infamous publishing house Feral House.

APOCALYPSE CULTURE was an iconic volume. If you saw it on somebody’s bookshelf you likely had at least something in common.

My personal interactions with Mr Parfrey varied between the refreshingly cordial and the absurdly cantankerous. But he was someone who’d earned the right to more than a little cantankerousness. 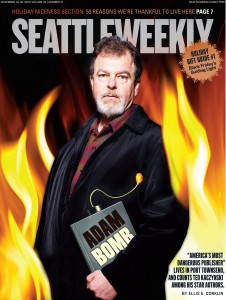 Because, like most people aware of Adam, I really knew him via his work as a publisher, and in these realms he was a legitimate original who made a profound, if subtle impact on the modern world.

Feral House belonged to the twilight of popular publishing, before the internet ripped up the rulebook. Finding subversive literature then meant a trip to the likes of Compendium Books in Camden, or ordering from a crazy American catalogue like the Amok Dispatch, published by Parfrey’s former colleagues. 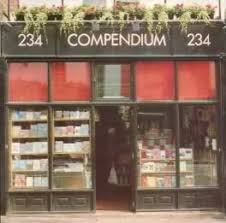 Compendium was unusual. While there was no shortage of ‘alternative’ bookshops in the UK, it was almost invariably the same ‘alternative’. I remember asking the hippie behind the counter in Atlantis Books in Bloomsbury if they had anything on Satanism, while researching my first book. “I don’t believe in Satanism” she spat with a withering glare. I endeavoured to acquaint her with the irony of not believing in something that certainly existed while running a shop named after a mythical island. To little avail. 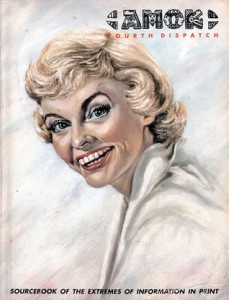 Compendium had a whole section dedicated to Satanism, much of it from Feral House. While Amok’s Dispatch was technically merely a book catalogue, in practice it was much more. In place of the regular categories, were headings like Sleaze, Mayhem and Orgone. Like Compendium it was a gateway into a forbidden world beyond good and evil, before the internet made extremism almost banal.

If I learnt one important thing from Adam Parfrey and his work, it was the value of ignoring boundaries. Of refusing to be funneled into the orthodox underground – the ‘approved alternative’ which is every bit as prescriptive and regimented as the mainstream it pretends to subvert. Go your own way.

And he did. Parfrey was a contrarian by nature. Someone who managed to turn their instinctive drive to be awkward, to ask uncomfortable questions, into something constructive. I only hope that some day people can say the same thing about me.

[I interviewed Adam Parfrey for HEADPRESS MAGAZINE some years back, and an expurgated, virtual version of the piece can be found here.]