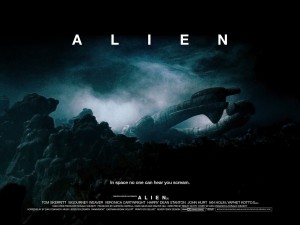 A quick heads up to any genre film fanatics living in the north of England. I’ve got together with some friends to screen Ridley Scott’s horror-sci fi masterpiece ALIEN in York at midday on Saturday 18th of February. We’ll be taking over one of the screens at City Screen, so it will be on state-of-the-art sound and projection equipment, making this a rare opportunity to appreciate this truly iconic film as it was intended, on the big screen. The idea for the screening began as a way to celebrate the upcoming wedding of a film-loving friend, but we quickly decided we wanted this to be a public screening, open to fellow fans. Matters took a poignant turn with the recent death of John Hurt, who gives a standout performance in the film, and we thought screening it like this also offered the perfect way to pay tribute to one of Britain’s greatest ever acting talents.